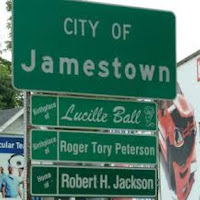 You may be asking yourself where in the world is Jamestown New York, and why would I ever want to go there?

Jamestown is located in Western New York, about an hour and a half south of Buffalo, New York and 40 minutes East of Erie, Pennsylvania. Not so far from the shores of Lake Erie, and is home to beautiful Chautauqua Lake. 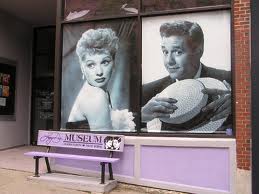 If you're a fan of Lucille Ball then you already know that she was born and grew up here in Jamestown New York.
Lucy is known as the city's best-known daughter.

You'll want to visit the museum located in downtown Jamestown. They are constantly changing their exhibits, so there is always something new to see, even if you've already been there.

Every year in August the city hosts The Lucy Festival.  This event grows every year with some big name entertainment.

You can find more information here about the museum and the New National Comedy Center here in Jamestown. 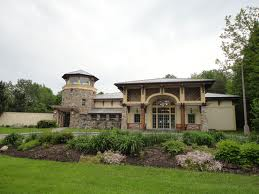 Roger Tory Peterson; American naturalist, artist, and educator. He was well known as a leader in the 20th Century Environmental Movement.

The institute is a tribute to his work, as it continues his legacy by teaching the study of nature and the responsibilities of the environment.

In 1934 Roger Tory Peterson published the first modern field guide "Guide to the Birds". His first work on birds was an article "Notes from field and study" published in the magazine called Bird-lore.

If you appreciate nature and the natural world you'll want to stop here. 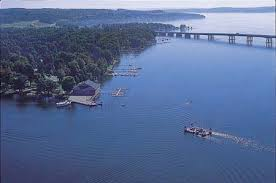 There are so many other attractions in the surrounding area. The Jamestown and the Chautauqua Lake Region makes a great summer or winter vacation spot for you and your family to enjoy.

With many locally owned shops and retail stores you'll find shopping at it's best, and in any one of these shops, you're sure to find a display of tasty chocolates, nuts, and all kinds of treats from The Basket Company, locally owned and operated right here in Jamestown New York.

As a matter of a fact you don't even need to be in the area to find The Basket Company's wonderful products.
They service upstate New York, Northwestern Pennsylvania, Ohio and as far as Tennessee and Arkansas.
If you're looking for a special gift for any occasion you can visit their web site right here where you'll find the best customer service for these fine gifts:


I hope you enjoyed the tour of Jamestown and the surrounding area. Consider adding us to your travel plans, hope to see you soon.
Posted by Sam Monaco at 1:43 PM